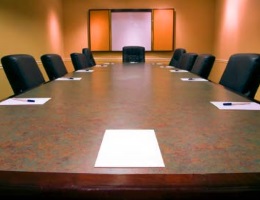 (CNS Business): The Cayman Islands Monetary Authority (CIMA) is seeking to raise standards of corporate governance across the financial sector, building on its previous directives for the investment fund sector and bringing Cayman into line with international best practice. The regulator kicked off a private sector consultation exercise last month to gather industry feedback on its proposed minimum standards for corporate governance.

It has issued a draft “Statement of Guidance”, which spells out things like the standards that corporate directors are expected to uphold and how boards of directors should operate. The guidance, if adopted, would apply to all of CIMA’s regulated entities, from banks, insurance managers and fund administrators, to credit unions and development banks.

CIMA previously issued specific guidance on corporate governance for the investment fund sector in January 2014, in the wake of the Weavering scandal, which updated the existing guidance in Cayman from 2003. Weavering was a Cayman Islands domiciled fund that collapsed due to fraud, landing founder Magnus Peterson in jail for 13-years in the UK and bringing the topic of corporate governance into the headlines.

CIMA said that the Statement of Guidance “refrains from being too prescriptive on corporate governance culture, while capturing the fundamentals of the relationship between the licensee and its stakeholders”.

The key principals of the proposed guidance include: expanding on the board’s duties and responsibilities, increasing the competence of directors and elaborating on their duties and their responsibility to act in the best interests of the company. In addition to guidance on managing conflicts of interest, there are also operational recommendations on appropriate record keeping from a corporate governance perspective, including meeting agendas and minutes.

CIMA has sent its proposals to all the main industry associations for feedback, including the Bankers Association, the Cayman Islands Directors Association, the Law Society, the Company Managers Association and the Compliance Association.  The guidance notes are expected to be welcomed by most participants in the financial services sector.

“I am very encouraged to see that CIMA intends to apply the same corporate governance framework through the proposed Statement of Guidance to regulated entities that is currently in place for regulated funds,” commented Scott Lennon of 19 Degrees North Fund, an independent director and corporate governance expert with over 20 years in the business. “The implementation of the Statement of Guidance on Corporate Governance to regulated funds was very well received by investors and investment managers alike,” Lennon said. “The proposed Statement of Guidance on Corporate Governance for regulated entities, if adopted, will serve to further Cayman’s standing as the number one jurisdiction for offshore finance and investment funds.”

Much of the guidance applies to the governing body of the regulated entity, which is the board of directors of a company or the general partner of a partnership. Featuring among the points to be addressed by the governing body, are the implementation of a corporate governance framework, addressing strategic objectives and how these will be achieved and ensuring policies are in place to address all significant risks faced by the entity.

Performance related to corporate governance benchmarks should be regularly assessed with deficiencies corrected, while conflicts of interest must be disclosed. CIMA also states that delegation of duties to senior management, sub-committees or to any other entity, while allowed, does not absolve the Governing Body from overall responsibility for the delegated functions.

Among the guidelines for individual directors, CIMA said the director should maintain a thorough knowledge and understanding of the regulated entity’s business, which should be regularly updated to take into account changes in the industry and the regulatory landscape. Directors are also responsible for making enquiries where issues are raised and should be satisfied that appropriate and timely actions are being taken to address any concerns that they have raised.

With regard to board meetings, CIMA indicates that regular meetings should be held, frequently enough to ensure that the governing body can carry out its role effectively. Other points include keeping accurate records, that detail all material decisions taken and considerations made, as well as the attendance of directors and details of any information requested from service providers.